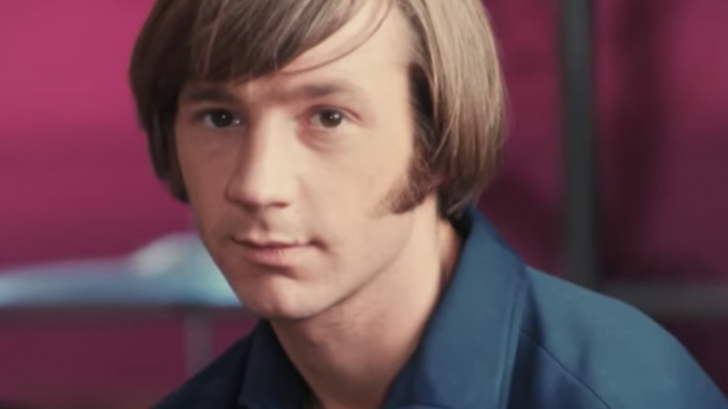 Tork’s Family Release Cause Of Death

First and foremost, our hearts and prayers go out to the family of late Monkee Peter Tork, who passed away this morning at the age of 77 in Connecticut.

In addition to a glowing musical legacy, Mr. Tork is survived by his wife Pam and children Hailie, Ivan, and Erica, grandchildren, and his sister, Anne Thorkelson, and as sad as the day is for fans and friends around the world who will forever miss him, the day is unimaginably heartbreaking for his family.

News of Mr. Tork’s death was confirmed this morning by his sister Anne, and at that time no official cause of death was given. Now, the Thorkelson family has issued an official statement regarding his passing and with it, a cause of death: adenoid cystic carcinoma, a rare cancer of the salivary glands that he was diagnosed with in 2009.

“We are all saddened to share the news that Peter Thorkelson — friend, father, husband, grandfather, philosopher, goofball, entertainer — died peacefully this morning at a family home in Connecticut. Peter succumbed to a 10 year bout with adenoid cystic carcinoma, a rare cancer of the salivary glands.

Peter’s energy, intelligence, silliness, and curiosity were traits that for decades brought laughter and enjoyment to millions, including those of us closest to him. Those traits also equipped him well to take on cancer, a condition he met with unwavering humor and courage.

We are all still raw, and still have much to process, but we are also feeling appreciation for Peter’s contributions. We are grateful that we have an extended support network thanks to the attentive energy and dedication of Peter’s fans worldwide.

We want those fans to know with absolute certainty that your spirit and goodwill fed Peter with continued energy and force (and of course humor).”

Understandably, the Thorkelson family also asked “that our family have time and space to grieve in privacy.” They also requested that fans who would like to donate to charity in Peter’s name “donate to the scholarship fund at The Institute for The Musical Arts in Massachusetts, a nonprofit that provides young women with music education, music recording, and music community.”

You can check out the link here: sctyrck.us/TorkDonation

As we reported earlier, Peter Tork, the delightfully offbeat bassist and singer for The Monkees, has died. Tributes are rolling in for the late musician, including one from former bandmate Micky Dolenz, who issued a brief and heartbroken statement at the death of his friend.

Dolenz, who worked alongside Tork as part of the made-for-tv band The Monkees throughout the 1960s and whose friendship with him stretched back nearly 60 years, wrote:

“There are no words right now…heartbroken over the loss of my Monkee brother, Peter Tork. #petertork #themonkees @TorkTweet”. He also shared a simple black and white photo of Tork, taken during his later years.

The Monkees’ official Twitter account was updated with a brief statement as well, where they expressed their love and grief at the loss of their friend, and asked fans to share their favorite memories of Peter throughout the years.

.@TorkTweet has passed peacefully at the age of 77. We'll be remembering him throughout the day. Share your favorite memories of Peter below. pic.twitter.com/Je57hhlXUx

“@TorkTweet has passed away peacefully at the age of 77. We’ll be remembering him throughout the day. Share your favorite memories of Peter below,” reads the tweet.

While his character on the hit television show was admittedly a little scatterbrained and the self-professed “dummy” of the made-for-tv group, it couldn’t be further from the truth; Tork was one of the most musically gifted members of The Monkees, a fiercely capable songwriter and performer who played on several key recordings and wrote several songs for the band, including “Can You Dig It?” and “For Pete’s Sake.”

In 2009, he was diagnosed with adenoid cystic carcinoma, a rare cancer of the salivary glands as reported by his family, in 2009. He was given a clean bill of health as of 2012 and celebrated by hitting the road with bandmates Micky Dolenz and Michael Nesmith, gigging with them through 2016 and releasing 2016’s Good Times! as well as last year’s Christmas Party, both of which featured posthumous contributions from bandmate Davy Jones, who died in 2012.

Our hearts go out to Mr. Tork’s loved ones during this heartbreaking time, and he will be sorely missed. 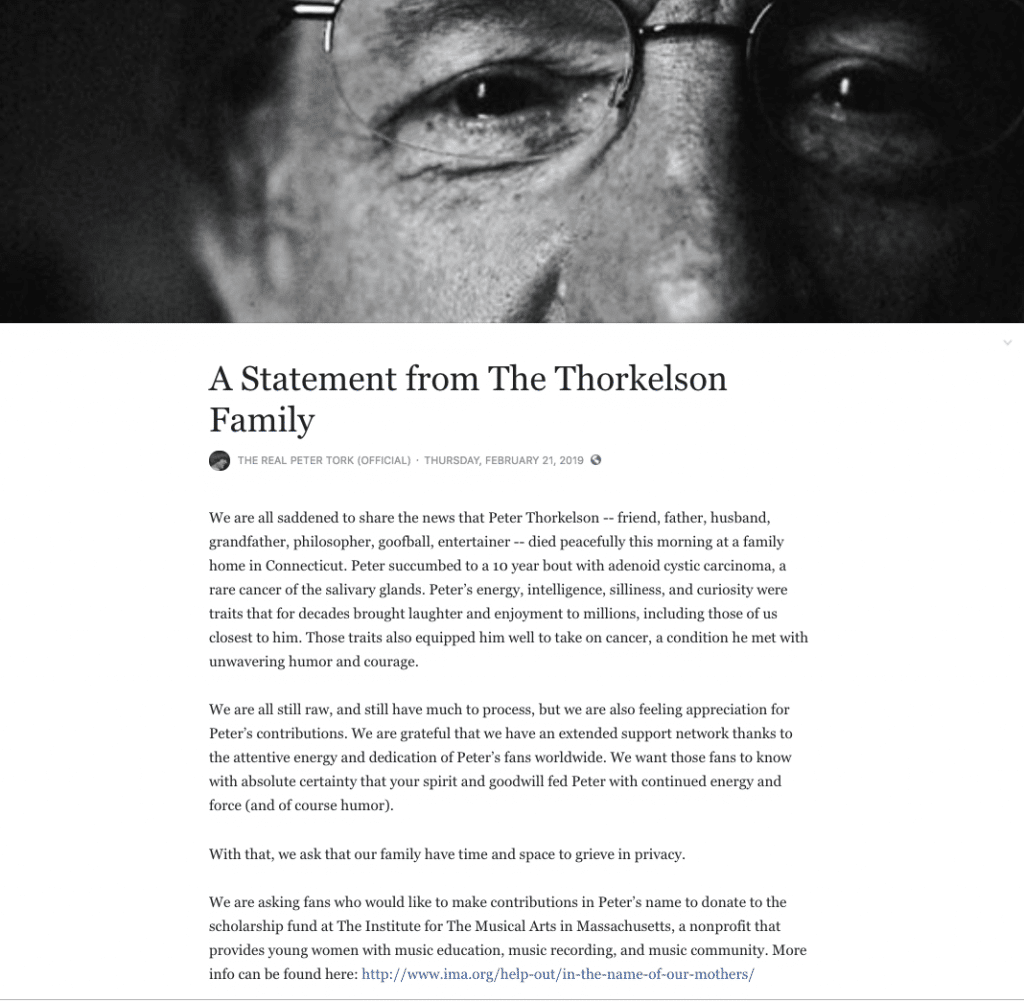