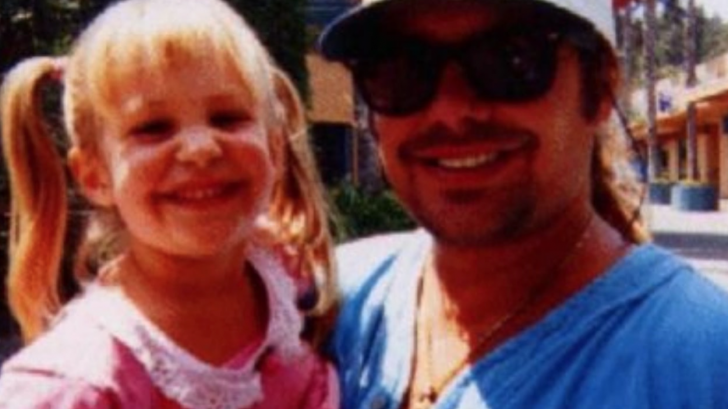 In March 1995, Vince Neil’s world as he knew it began to end when he received a phone call from his wife.

Their daughter Skylar, only four years old, had been admitted to the hospital with what doctors initially thought was a ruptured appendix; the reality proved to be much worse as doctors discovered that a cancerous tumor around her stomach had ruptured, sending cancer throughout her tiny body.

The next few months proved to be agonizing for the Mötley Crüe frontman and his tiny family, with little Skylar undergoing countless surgeries that required doctors to remove parts of most of her vital organs to try and stem the cancer’s growth.The tumor itself, Vince wrote in the band’s 2001 memoir The Dirt, weighed a whopping 6 and a half pounds when surgeons were able to remove it safely – Skylar’s weight when she was born.

“[It] weighed six and a half pounds,” he recalled in The Dirt. “That’s how much Skylar had weighed when she was born. … I had never seen anything like it before: it was the face of evil. It lay spread out in a metal pan, a nacreous mess of s—.”

As he, Skylar’s mother Sharise, and his new girlfriend Heidi Mark tried to bring smiles to Skylar with visits from actors dressed as her favorite Disney characters, screenings of pre-release kids’ movies and countless TV sets and DVD players for the other sick kids on her ward, Vince struggled privately. Unable to cope with watching his daughter waste away, he drank.

“I would have been willing to lay down my own life if it would have helped. I had never thought anything like that before – not about my wives, not about my parents, not about anybody. Perhaps that was why I was trying to kill myself with drink, so that somehow I could martyr myself and exchange my suffering for hers.”

Tragically, the moment he’ll never forget isn’t the day Skylar was born – it was the moment she died.

Stuck in traffic on the Pacific Coast Highway, Vince remembers that “for an instant, my heart jumped in my chest.” It wasn’t until he got to the hospital soon after and saw that Skylar had died that he realized that the lurch in his chest back on the PCH was the moment she’d died in her sleep while holding her mother’s hand.

“Afterward, I realized that when the woman that I loved most in the world left, my heart knew it, and for a moment, wanted to catch up with her and join her.”

Unable to cope with the grief of Skylar’s passing, Vince blamed himself and for years, did his best to join her. After several failed attempts at rehab, it was an excellent golf game that made Vince finally face his tragedy head on, realizing that the damage he’d done to himself in the wake of his daughter’s death couldn’t continue – and so he signed up for grief counseling for the first time.

For the first time, he was able to visit Skylar’s grave without bursting into tears. Instead, he says, “I was able to smile as I talked with her and remembered all the things we used to laugh and joke about.”

Suddenly, her loss no longer weighed on him like the 6 and a half pound tumor that claimed Skylar’s life; he’d made room for the grief, and room for himself to move forward, eventually forming the Skylar Neil Foundation to raise funds for children with cancer which to date has generated millions for treatment and research.

He even wrote a song about her.

Check out “Skylar’s Song,” one of Vince’s “monuments to her memory” in the video below and as always, we’re thinking of Skylar and how brave she was.