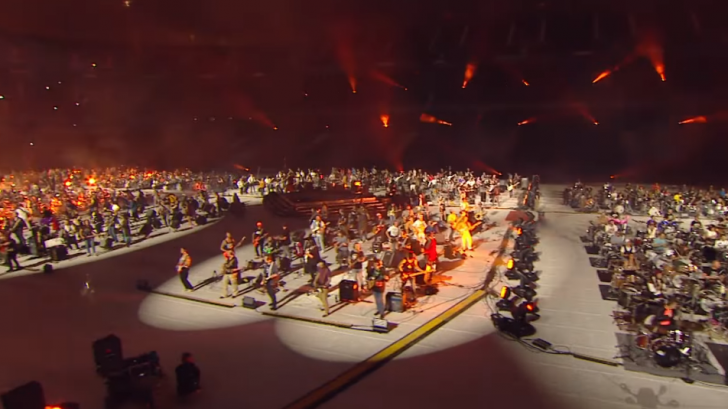 Watch over 1,000 musicians collectively cover “My Hero,” in honor of Taylor Hawkins.

Not long ago the Italian group Rockin’ 1000, whose dynamic consists of bringing together more than a thousand musicians from all over the world to honor certain bands with spectacular covers in a massive way, had already done it before with “Learn To Fly” in honor of the Foo Fighters, and later after the tragic death of Taylor Hawkins, they decided to repeat it as a show of respect. However, a more ad hoc cover of the respect they had for such an important drummer is present with the performance of “My Hero”.

This time the group left Italy to take over the Stade de France and bring together musicians from more than 25 countries. Taylor, who passed away on March 25 in the city of Bogotá, has received endless tributes and tributes from millions of musicians around the world.

Today we can remember him fondly with this gigantic cover that you can enjoy below: