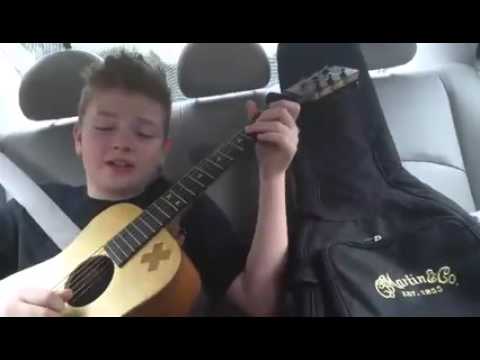 It’s unfortunate because Stevie Ray Vaughan will never be matched as a guitarist.  His guitar playing was exceptional, and he had an incredible voice and stage presence. He essentially redefined the blues genre by elevating it to a whole new level.

A teacher in the United States by the name of Sarah Josepha Hale wrote the original poem “Mary Had a Little Lamb.” On May 24, 1830, it was printed for the first time.

The song was further made famous by Stevie Ray Vaughan, who also added “A-Tisket, A-Tasket” to his own rendition. The children’s nursery rhyme “Mary Had A Little Lamb” was one of SRV’s most well-known and well-known musical compositions that incorporated his distinctive blues approach.

Naturally, Stevie modified the words a little to make them more rock ‘n’ roll and badass, which was more fitting given the savage solos he was playing around them.

In the video below, “Mary Had a Little Lamb” by Stevie Ray Vaughan is covered by a 12-year-old.

Sitting in the backseat of the family car, this young fellow performs an outstanding job recreating Stevie Ray Vaughan’s “Mary had a little lamb” on an acoustic guitar. Keep going for the video below: