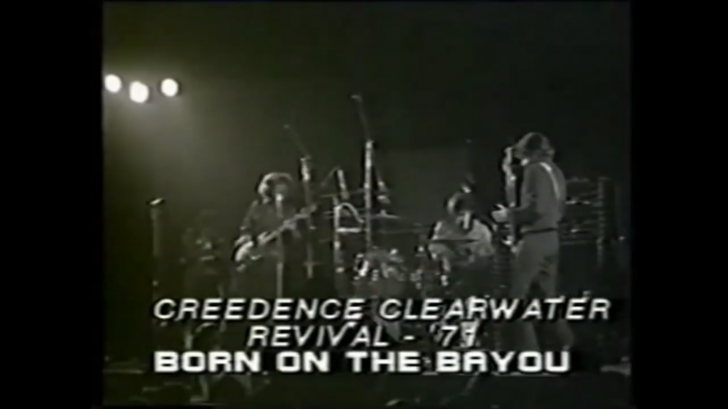 Creedence Clearwater Revival were undoubtedly one of the most exciting bands of the late ’60s, and certainly the most commercially successful bands in the Bay Area.

The group knew exactly how to rock, and at one point in their career, captured in the Extremely Rare live footage in 1971, they’ve become a trio towards the end of their career (Tom Fogerty had left the band the previous year).

This rare performance define’s the band’s sound as a trio and it sounded like they weren’t missing any ingredient to their monumental success hit “Born On The Bayou” live performance.

In Rolling Stone‘s “100 Greatest Guitar Songs” issue, Fogerty shared the origin of the song the when Creedence Clearwater Revival were booked at San Francisco’s Avalon Ballroom in 1968.

“We were the #7 act on the bill, bottom of the totem pole. And as the first guys to go on, we were the last to soundcheck before they opened the doors. It was like, ‘Here’s the drums, boom, boom; here’s the guitar, clank, clank.’ I looked over at the guys and said, ‘Hey, follow this!’ Basically, it was the riff and the attitude of ‘Born on the Bayou,’ without the words.”