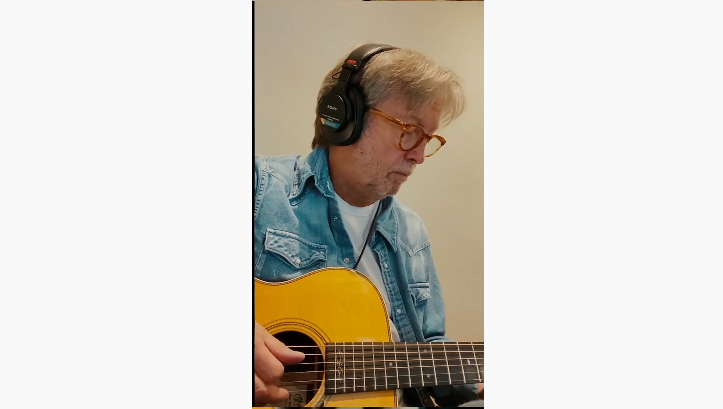 March is a bitter time for Eric Clapton. At the end of that month, in 1991, the musician lost his four-year-old son in an accident in a hotel room. A short time later he wrote her a painful ballad. This is the story, Tears In Heaven.

For his part, Eric Clapton, who as he himself has confessed barely spent two days sober during the sixties, gave up alcohol permanently in 1987, and managed not to relapse when he had to face the death of Conor.

“During those first years of sobriety, I spent my best moments in the company of my son [Conor] and his mother [Lory]”, Clapton (2007) recounted in his memoir.

Clapton sums up his priorities this way in his book: “If I were not an alcoholic, I would say that my family is the great priority of my life. But that is impossible because I know that I would lose everything if I did not place abstinence at the top of the list.”

Avoiding one of the most popular ballads in rock history (Rolling Stone ranks 362 out of the top 500 rock songs) is no easy feat. The song gave its author and performer Eric Clapton three Grammy Awards in 1993 (Song of the Year, Record of the Year, and Best Male Pop Vocal Performance) and is one of the most radiated ever.

The song was originally recorded as part of the soundtrack for the movie Rush, all written by Clapton, and won a new version on MTV Unplugged. A new version surfaced on the internet, Eric Clapton performing the song joined by a Portuguese musician named, Maro, in their respective home.

Check out the videos below, one edited with only Eric Clapton in it, and the original one: