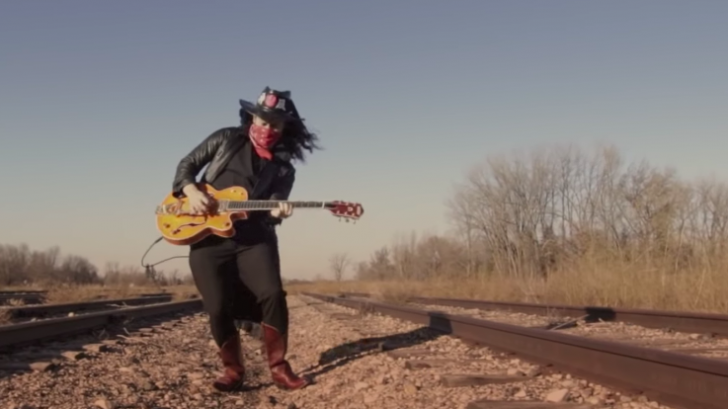 Steve Onotera, also known in YouTube as “Samurai Guitarist”, took the iconic Ozzy Osbourne song “Crazy Train” and put a spaghetti western style spin to it. And it is brilliant!

It looks like Steve Onotera went the extra mile for his ‘wild west’ cover, going out in full costume in his full-production music video. Onotera has also done a cover in this style with his rendition of Michael Jackson’s “Billie Jean”.

The video description for his music video reads,

It’s 1880, a bandit stole your horse forcing you to ride the rail. You’re about to take off from Dodge City, the conductor yells “ALLLL ABOOOOOARRRRDDDD” and starts laughing manically. This is “Crazy Train” as if it were the soundtrack to a spaghetti western.

Steve-san Onotera or the “Samurai Guitarist” is a Canadian guitarist and songwriter from Manitoba, Canada. He is trained to play all kinds of genres on guitar from rock, to blues, and jazz. His musical talent and skill is impeccable, but it the creativity of his innovative music videos that makes him stand out from the rest.