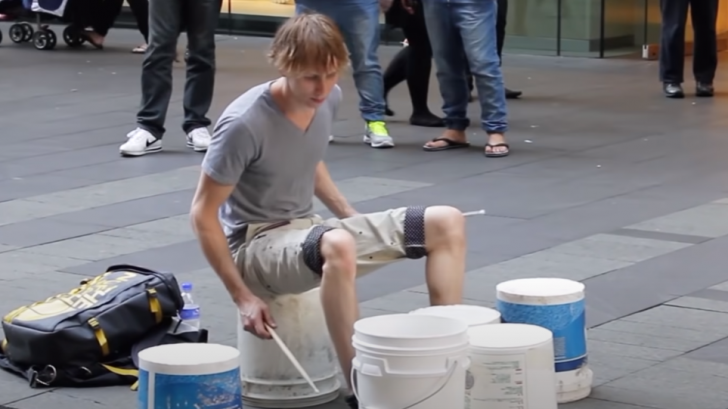 On his YouTube channel, the well-known bucket drummer Gordo Drummer has more than 1 million subscribers. He also featured playing on a standard set as part of his video content. One Bucket, a busking bucket drummer’s YouTube hit, went global.

He has performed as a busker all around the world, notably in Singapore and Korea. He received 1.1 million subscribers for his channel.

Although he didn’t exactly succeed in his first objective, Gordo has since turned drumming buckets into a livelihood that has led him all the way to Tokyo, where he currently resides.

He has had the chance to collaborate on many different art projects with many amazing people from all around the world as a consequence of his bucket drumming.

We seek your opinions. How talented is this drummer? With over 161 million views and over a million “like” hits, he is unquestionably the most well-liked drummer on YouTube. Watch his five-gallon buckets drum performance below: