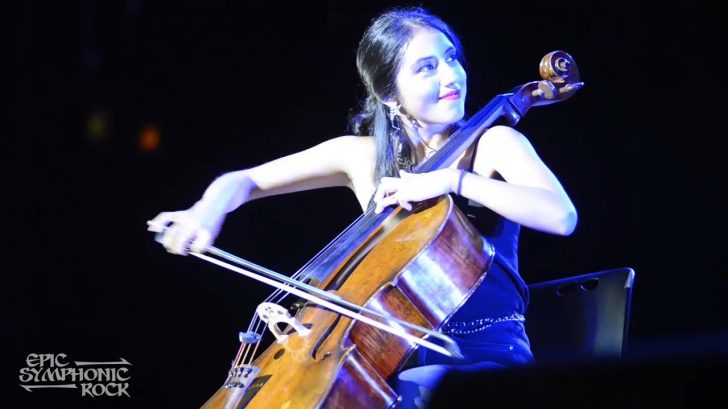 In 1974 Jimmy Page, Robert Plant, and John Bonham co-wrote “Kashmir”, one of the star pieces of “Physical Graffiti” (1975), a double LP that was the first released by Led Zeppelin on their own Swan Song Records label.

“Kashmir”, a sensational rock cut with orchestral arrangements and a dreamlike-desert evocation in the text with Arabic sections provided by John Paul Jones’s mellotron, was produced by Jimmy Page… Oh, pilot of the storm who leaves no trace, like thoughts inside a dream, heed the path that led me to that place, yellow desert stream… Magnificent lines.

In February 2018, at a concert in Lima Perú, the Epic Symphonic Rock adapted “Kashmir” live with the accompaniment of The Symphonic Orchestra from Chancay and conducted by Javier Fernandez Prada.

The show was captured at the “Teatro Municipal de Lima, a more than hundred years old historic theater.

Kashmir starts at 1:07 and while the intro was an excerpt from Micky Tejada’s Cello Concerto No. 1. The music piece was arranged by Micky Tejada.

Keep going for the awesome cover below: