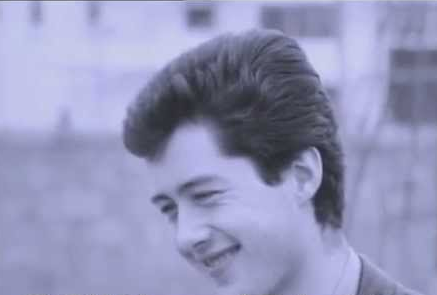 Jimmy, before the fame and rock and roll with Led Zeppelin, had his interview from 1963 as a young seemingly confident Jimmy Page at the time.

The interview was rediscovered in 2014 by the ITV Channel Television archives which unseen for over 50 years, this interview from June 1963 sees a (Pre-Fame) 19-year-old Jimmy Page in Guernsey, the Channel Islands where he discussed his art and music wanting to finance himself by playing his guitar.

Perhaps the biggest impact Jimmy Page had on the British music industry beginning in 1963 was giving birth to two of the most influential rock bands of all time, The Yardbirds and Led Zepplin, who would later rank among Rolling as one of the greatest and influential bands of all time.

The Yardbirds, formed in 1963, were an important part of the British blues era during the 1960s. Although originally known as a blues-based band, they delved into pop, hard rock, and psychedelic rock.