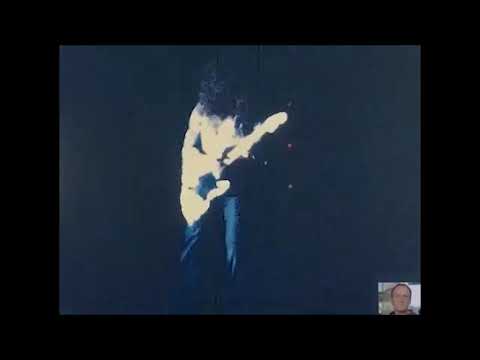 Hear Van Halen perform songs like Eruption, Runnin’ With The Devil, Ain’t Talkin’ ‘Bout Love, and others in 1978 while brandishing his fabled axe.

Sadly, the original footage was shot on Super8 reels, which meant that there was no sound at all in addition to the dubious visual quality.

Even while the movie provided us with a never-before-seen sight of the instrument and its iconic master, the absence of audio seemed like a squandered opportunity. Seeing Frankenstein – and, in fact, Van Halen himself – in action in some newly discovered video was a gift in and of itself.

Tanner Yordan, an intrepid audio specialist, fortunately, found audio from the performance in issue and matched it to Speedy’s original clip to give us an almost entire 11-minute account of the performance.