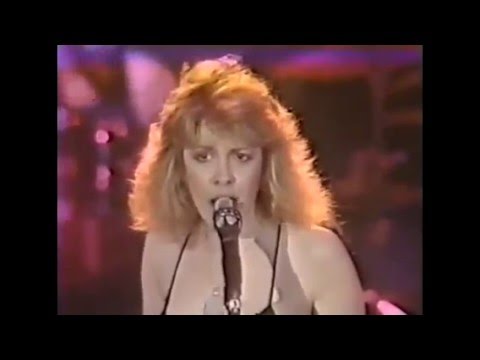 When Tom Petty met Stevie Nicks in the late 1970s, he didn’t know what was coming up. The two blondes, world rock stars with their respective projects –Tom Petty and The Heartbreakers and Fleetwood Mac-, young and on the rise in their careers. If you ask any journalist of the time, they would tell you that it smelled like a crazy and runaway romance, loaded with drugs, with her ending up heartbroken and desolate. The fact is that it was not like that, but that it would become one of the great and most lasting friendships between rock stars. Forty years guarantee them.

It all started in the second half of the seventies. Tom Petty and The Heartbreakers had released their debut album with the same name in 1976, which contained three absolute hits such as ‘Anything That’s Rock’ n ‘Roll’, ‘Breakdown’ and especially ‘American Girl’, a perennial anthem and timeless rock. Although the enormous competition of the time made it not a best seller, those three songs made it into the top 40 of the best-selling singles of the moment, while the album reached the status of Gold Record. Enough to be one of America’s most promising artists at a time when disco and punk were slowly beginning to gain a greater presence to the detriment of rock.

Stevie Nicks would go on stage numerous times with Tom Petty and the Heartbreakers to sing that excellent song that is’ Stop Draggin’ ‘my Heart Around’. She would even tour with them, being the showgirl and taking center stage in other songs like ‘I Need to Know’. The last time they shared the stage, in London’s Hyde Park, during the summer of 2017 will remain for the memory. At that time, Stevie Nicks had already been proud for years of the best gift that his great friend Tom Petty could give him: a sheriff’s star with the inscription “Honorary Heartbreaker”. At last, she was one of the groups she dreamed of being part of. Along the way, there were 40 years of friendship between the two, between Tom Petty and Stevie Nicks, which showed us that rock and roll also understand fraternal friendships.

Keep going for the video below, and listen to a Young Stevie Nicks performing ‘Stop Draggin’ My Heart Around’: