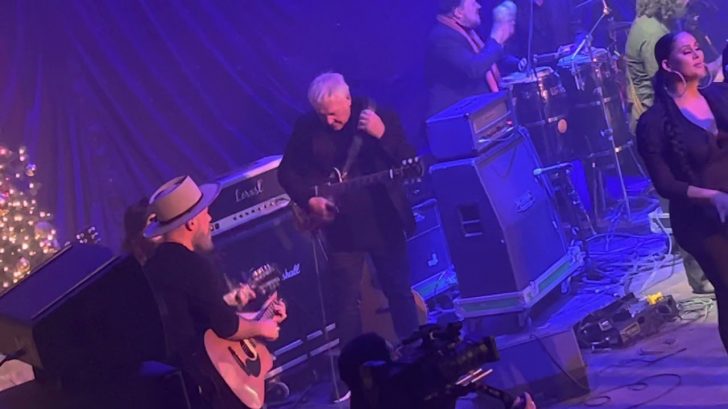 The Andy Kim Christmas is a massive gathering of friends and fans in celebration of the magnanimity of the music community – the proceeds all were given to charity.

Alex Lifeson, of course, stole the show with his medley cover of Led Zeppelin songs – performed the Battle of Evermore and a portion of Stairway to Heaven which highlighted Lifeson on the solo. You can watch the video below: