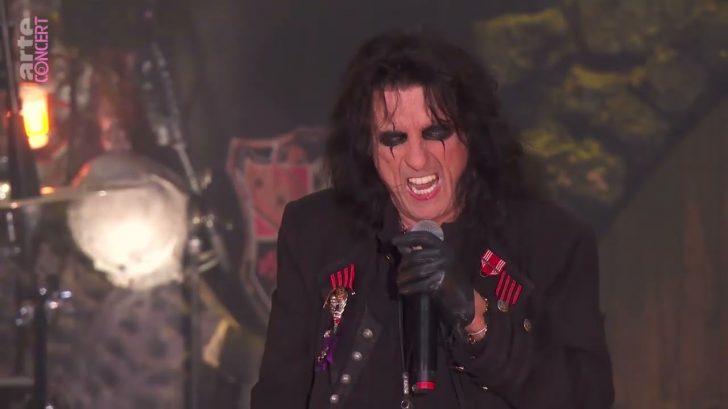 On June 24, Alice Cooper played at France’s Hellfest, and pro-shot footage of the rocker’s whole show is now publicly available.

Vincent Damon Furnier (Alice Cooper) was born on February 4, 1948, in Detroit, Michigan. Strongly influenced by the music of Frank Zappa, Vincent forms his musical-theatrical group that takes a nightmarish goblet, with simulacra such as the mutilation of babies or dismemberment of people in their performances. Zappa is the mentor of this group and encourages Vincent to be a transgressor; throwing chickens at the public or challenging the politicians of the United States.

Cooper’s 75-minute set featured music from ten albums, beginning with 1991’s “Feed My Frankenstein” and ending with the legendary titular song from his 1972 album, “School’s Out.”

Alice, who is presently on a European tour, kicked off the concert series in Wales on May 23 and will wrap it up in Athens, Greece on July 6.

Cooper will then launch an autumn North American tour in early September in Bethlehem, Pennsylvania.

“Detroit Stories,” the singer’s most recent album, was released in 2021.