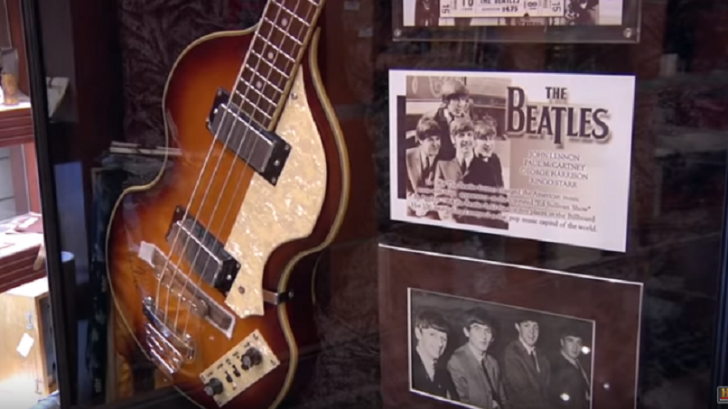 Did They All Get Good Deals?

Unless you’ve been living under a rock, we’re gonna assume you already know what Pawn Stars is. If not, it’s basically a reality show that follows some interesting activities in the family-owned World Famous Gold & Silver Pawn Shop. It may not seem like much when you just read about it but it gets interesting because of people coming in and bringing various artifacts then haggling over the price. You also get to see historical background of the item, if there’s any.

And The Beatles being one of the most popular and best-selling groups of all time, there’s definitely no shortage of collectibles someone wants to sell or pawn and a fan who’s more than willing to pay the price for it.

Keep in mind that some of the most expensive Beatle memorabilia include the controversial “butcher cover” photo, John Lennon’s Steinway piano, the classic Gibson SG guitar played by both Lennon and George Harrison, and Lennon’s talisman necklace. So really, you never know if you have an item at home that’s going to fetch for thousands of dollars or hundreds, at least.

The woman with the guitar, signed photos and unused ticket? You can actually see the moment she felt disappointed. We’d probably feel the same way too although to be fair, any huge fan of The Beatles (or just rock ‘n roll in general) knows well that Paul McCartney plays left-handed. That’s already a giveaway as to the legitimacy of the instrument.

The guys from Pawn Stars had to bring in some experts to validate the memorabilia and tell them what they’re worth. And there will be some haggling until both parties are happy – or at least, one side is. LOL. We won’t spoil everything for you but after watching, you might want to check your collections – who knows, you might just be sitting on a gold mine.