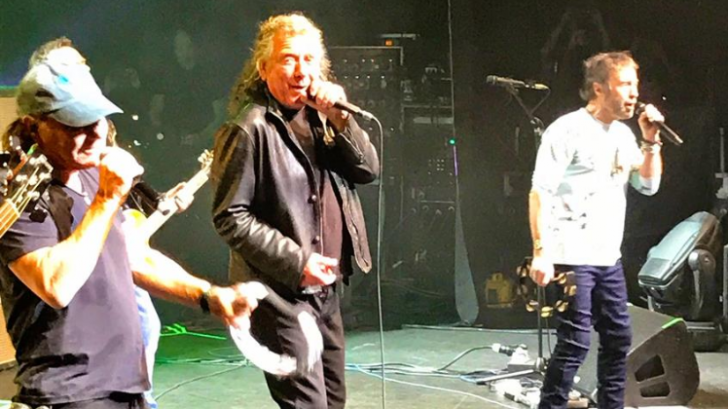 Three Legends On One Stage!

No doubt! Brian Johnson can still rock it!

The video shows that these veteran rockers are insanely kicking ass by covering a song of  Barrett Strong’s‘ 50s classic “Money (That’s What I Want)” at Paul Rodgers‘ show t Oxford New Theatre in England.

You will see Brian taking turns on the mic with Led Zeppelin legend Robert Plant and Rodgers. And Robert played his favorite instrument: the harmonica. It was a great night for sure for the people who were there, and they were lucky too.

The performance of these rock legends was defintely the special surprise at Paul Rodgers’ gig that night. And Brian Johnson shows that he can still rock it (an indication that the AC/DC album will come)!

After the performance, Brian and Robert signed the drum head from the evening and an album each and will all be available to bid for on the Willows Animal Sanctuary & Animal Assisted Therapy Unit charity Facebook auction.

Keep going for the full performance below: