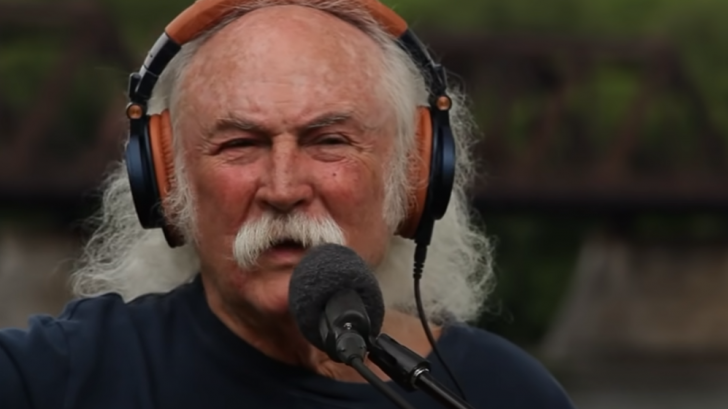 David Crosby lived in Los Angeles for the most of the 1960s. Crosby founded The Byrds and Crosby, Stills, and Nash in the Los Angeles region, where he was a significant figure in the Laurel Canyon folk movement. But at the decade’s conclusion, Crosby needed to go away. The guitarist sought safety in San Francisco after losing his partner Christine Hinton, moving to a new region of California.

With the Grateful Dead, a brand-new band of musicians, Crosby developed a strong connection. The Dead, one of San Francisco’s most infamous exports of the 1960s, were moving away from the extreme psychedelic freakouts they had pioneered in the latter part of the decade. The Dead now had brief, condensed tunes that forced them to harmonize thanks to lyricist Robert Hunter. They came to Crosby for assistance since they weren’t the most confident set of vocalists.

According to a prevalent misunderstanding, Crosby would teach the Dead how to sing in exchange for them appearing on his solo album If I Could Only Remember My Name. That isn’t actually the case because Crosby and the Dead were both present in the Wally Heider Studio at that time and would have probably played together otherwise. At the beginning of 1970, just before the Dead went into the studio to start recording Workingman’s Dead, Crosby had performed for a brief period of time with Jerry Garcia, Phil Lesh, and Mickey Hart in the impromptu ensemble David and the Dorks (also known as “Jerry and the Jerks”).

“You know, people started this whole thing about how the Grateful Dead learned how to sing harmony from Crosby, Stills and Nash. Bullshit,” Crosby revealed Variety in 2020.

Despite without having given the Grateful Dead particular harmony instructions, Crosby’s influence can be heard on both of the band’s 1970 albums, Workingman’s Dead and American Beauty. Several tracks, notably “Cumberland Blues,” “Uncle John’s Band,” “Attics of My Life,” and “Candyman,” extensively utilized CSN’s singing style.

“We didn’t teach them how to sing harmony. They knew already. What happened was, we listened to their music and it affected us. We realised that we could get a lot looser than we were. They listened to our music and they realized they could get a lot more organized than they were, vocally. They knew they could do the same stuff we were doing — just not quite as well, but they could do it. They’re not as good of singers as we are. But they’re just as inventive as we are, and just as good of musicians. So we affected each other.”

By performing the American Beauty song “Ripple” with a collection of musicians from around the world, Crosby brought the overlapping influences full circle. The charity Playing For Change and JamBase’s “Songs of Their Own” series collaborated on the album. Jerry Garcia’s daughter Keelin and the drummer for the Dead, Bill Kruetzmann, joined Crosby in reflecting on his past for a good cause.