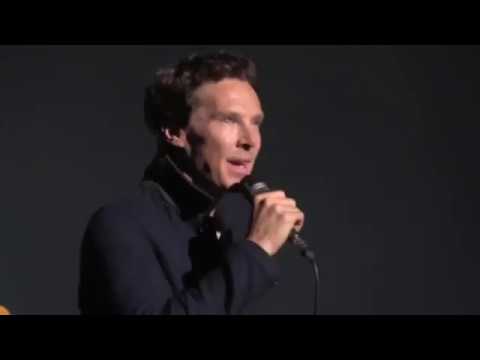 Benedict Cumberbatch was at the pinnacle of his talents in 2016. He had already gained a name as one of the UK’s most diverse performers, having portrayed roles as diverse as Alan Turing in The Imitation Game and Smaug in The Hobbit. Here, we replay the instance when the actor sang “Comfortably Numb” live at the Royal Albert Hall alongside former Pink Floyd guitarist and singer David Gilmour.

The show was a portion of Gilmour’s tour in promotion of his 2015 record Rattle The Lock, which included five performances at the venerable Royal Albert Hall in London. Cumberbatch was promoting his then-upcoming Marvel movie Dr. Strange at the time. The actor stepped onto the stage and performed the song “The Wall” with the theatrical emphasis of someone who has spent a great deal of time memorizing Shakespearean lines.

During an interview on the US morning program Good Morning America, he recalled the performance and said he used to be “utterly, utterly terrified” of singing in front of people.

“I imply, that is a really form of, talky singing quantity. It isn’t a real test, not like singing an Adele song. However, to stand on that stage that close to David Gilmour and watch him make that guitar sing, and his voice just will get richer and richer with time, no matter how excessive it goes, it is just superb. I thought I would regret not doing it more than I would regret doing it, though it makes me cringe a bit to watch it, but it surely was unbelievable.”

“That’ll keep you going through the show / Come on it’s time to go,” Cumberbatch sang before departing the stage, giving Gilmour the opportunity to play one of the most famous guitar solos in history.