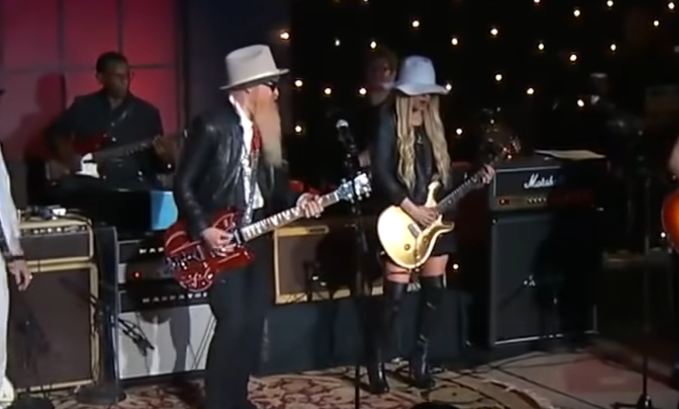 One of the coolest rock/blues tracks on the internet. You can’t help but smile, and the roster of talent is incredible. Most of us have always been a big fan of Orianthi, and you’re gonna be even bigger now. Gibbons is as awesome as ever.

This performance of ‘Sharp Dressed Man’ is fantastic!!! With performances like this, southern rock reaches a new dimension that is a delight for the listener. Every artist here, and we mean every single one of them, did their part to perfection.

I’ve seen it at least twenty times and still can’t get enough of the snappy playing and singing! It’s incredible!! Everything is really fantastic, especially the harmonica playing! So much skill and such an incredibly joyful song! Everyone appears to be having the time of their lives.

Let’s not talk about the guitars; we all know they’re fantastic, but what an outstanding and steady drummer! He’s a fantastic drummer, and he’s having a great time doing it! Don’t believe me? Keep going for the video below: