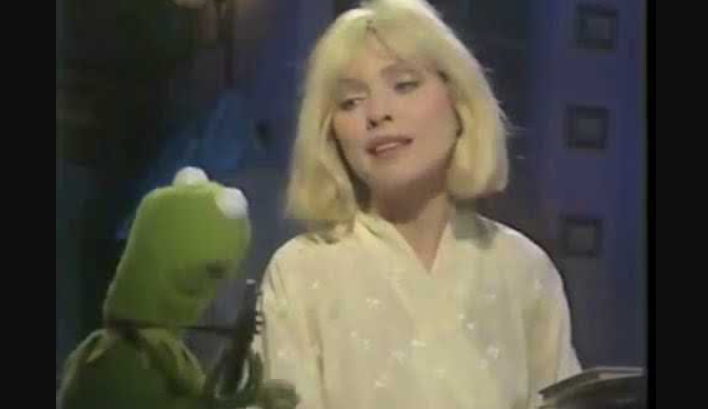 Henson’s The Muppet Movie “in 1979 resulted in another Top 40 hit, one called” Rainbow Connection, “which rose to No. 25 and stayed in the Top 40 for seven weeks.

Performed by Kermit the Frog, the song was so popular that at the 52nd Academy Awards it garnered a nomination for Best Original Song, and eventually, Kermit sang an unforgettable duet with rock icon Debbie Harry.

The Muppet Show hosted various of the most prominent entertainers in its heyday, but one episode has always attracted attention a little greater than the rest- season 5 episode 9, the episode featured Blondie’s, Debbie Harry.

Debbie Harry charming and beautiful as always was so exciting to watch that it brings back the inner kid in us every minute of her collaboration with The Muppets.

She performed “Call Me” and “One Way Or Another” featuring the Muppets such as Mulch and Robin, and then Debbie Harry made something incredible when she performed Rainbow Connection with Kermit! *happy tears*