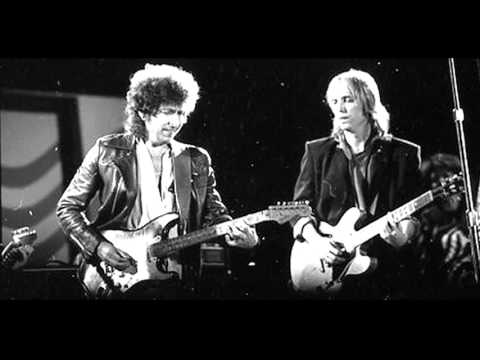 Throughout 1986 Bob toured with Tom Petty & The Heartbreakers as a backing band, the concerts are very static in the themes, with a great preeminence of “the usual”, to a certain extent his greatest hits, and that Tom and the boys

The song follows Dylan paying his respects to a person he hugely valued and, in 1986 once his stint with Christianity had died, he addressed in detail about Bruce’s influence on comedy: “I saw [Lenny Bruce] perform in the early sixties, around 1963 before he got caught up in all that legal stuff. He’s someone who’s never really been attributed the respect he deserves for what he did and the influences he had on so many people.”

Dylan added: “Guys like Richard Pryor and Eddie Murphy, they owe such a huge debt to him, but no one makes the same fuss about him as they do about all those other guys that died before they should have,” showing his affection for the comics in general.

In a 2011 conversation with Beatdom, the comedian’s daughter Kitty Bruce stated: ‘He’s on some other shore, he didn’t want to live anymore…’ We did not think that to be the case, since Lenny seemed to love life and had no reason to die, aside from the police admittedly trying to kill him, outright, as they said in the press after his death. They killed him with the law. He fought for the Law. He did not kill himself on purpose and it even makes you wonder if he gave himself the last dose that killed him or if it was administered by an officer…but that is just opinion and conjecture.”