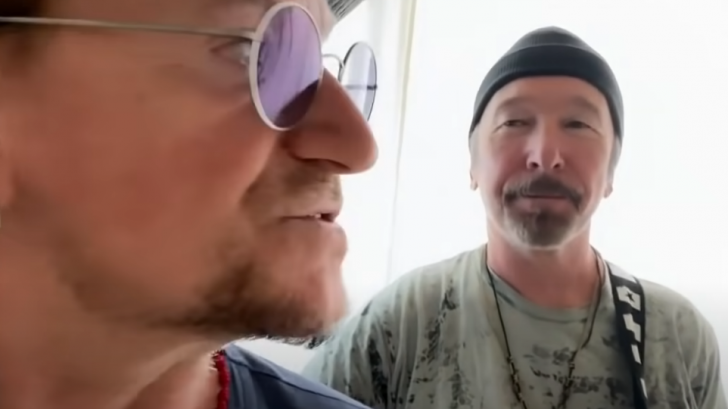 Bono and The Edge reunited for an incredible acoustic rendition of Led Zeppelin’s classic, Stairway To Heaven. But more than for entertainment, they did it for a good cause.

It turns out that the cover that the two members of U2 made was in order to join the Songs From Empty Rooms campaign, which aims to raise funds to support workers in the English music industry, who have been affected due to the crisis the pandemic.

Stairway to Heaven, the Led Zeppelin classic, may be one of the most difficult songs to cover. For the marvelous vocal display of Robert Plant, for the work of Jimmy Page on guitar, with that brilliant solo; because there are acoustic and electrical parts; because they seem like three songs but it’s one; because it is eight minutes … Some brave people have tried, almost always with little relevant results, sometimes crazy.

Despite this, their rendition of Stairway To Heaven was mostly dedicated to U2’s tour team. And even before starting, Bono jokes that they would rather work for Led Zeppelin than for the band who wrote f With Or Without You.