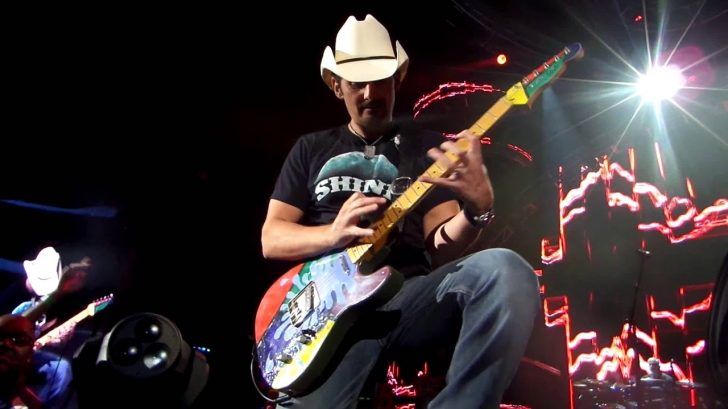 Following the 65-year-old guitarist Eddie Van Halen’s passing, Brad Paisley paid homage to him. The country picker was one of many musicians who were influenced by Van Halen. He was equally famous for his lightning-quick licks and number-one tunes.

“I loved everything about the fire and style he brought to the guitar,” Paisley wrote. “I studied him, heck everybody did, we all wanted to play just like him. But no one did it quite like him. Thank you Eddie for being a pioneer. It’s unimaginable what the guitar would be without you.”

Paisley has also been observed doing the rare Van Halen cover. He performs “Hot For Teacher” in memory of the late Eddie Van Halen in the video below. Not quite in 4K resolution, but this is still one of his better YouTube performances of this song.