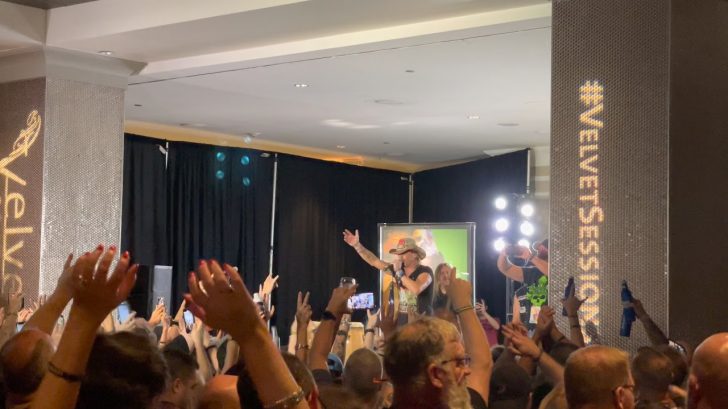 Nothing But Good Times With Bret Michaels

With the pandemic still on full swing for pretty much the rest of the world, the lobby of the Hard Rock Hotel in Orlando, Florida had a different experience last Sept. 25. Poison’s singer Bret Michaels is continuing his shows through 2021 and fans have been very supportive as you will see in a moment. A hotel lobby wouldn’t probably be the most common or best choice for a concert but fans didn’t seem to mind as they rocked with Bret’s performance of “Nothin’ But a Good Time,” “Look What the Cat Dragged In” and “Every Rose Has Its Thorn.”

The performance was part of Hard Rock Hotel’s ‘Velvet Sessions’ series. It was described in their website as “Orlando’s only rock ‘n’ roll cocktail party and one all-inclusive ticket gives you a selection of complimentary themed cocktails, finger food and access to a concert with a world-renowned musician.”

Looks like a very well spent ticket for everyone at the show. We’re just hoping everyone would be safe as well. Watch the incredible replays of the rocking night below: