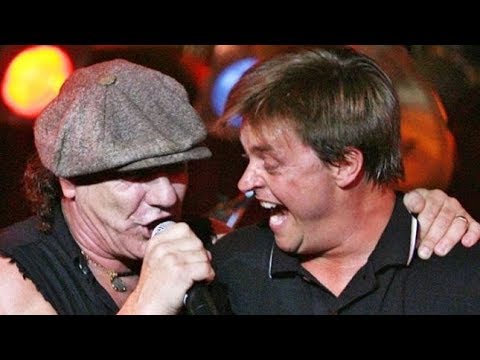 You’ve probably seen some of comedian Jim Breuer’s films floating around on the Internet; this one is especially funny since it shows how even the Hokey Pokey can be played in AC/DC fashion.

Jim Breuer has been performing his well-known heavy-metal comedy routine, “AC/’Hokey DC’s Pokey,'” in which he mimics the voice and movements of his rock hero, AC/Brian DC’s Johnson while singing the well-known children’s song. The rock king himself heard about Breuer’s remarkable impersonation of Johnson and personally asked Jim to perform with him

The comic shared the studio with Brian Johnson for a hilarious rendition of “ROCK AND ROLL A’INT NOISE POLLUTION” in tandem.

Breuer said to Rolling Stone, “To me, Brian is the most powerful voice in rock’n’roll. He is also the funniest and most generous man I have ever known. I am still in awe of how he recorded the song and forever thankful.”