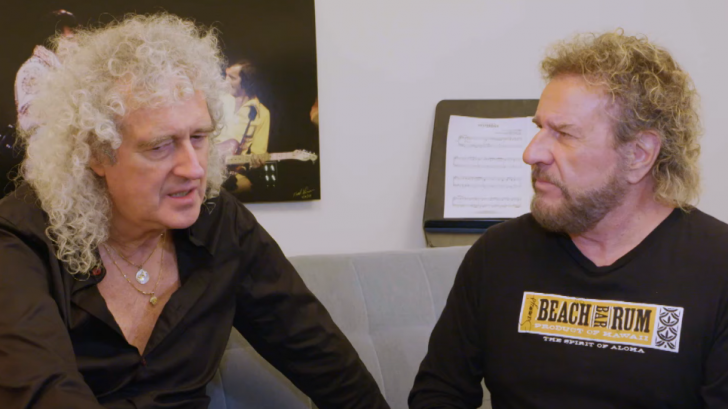 Legendary Queen guitarist Brian May has spoken about what it was like to work with Freddie Mercury as well as the band’s future – and secret recordings with Adam Lambert – in a deleted scene from Sammy’s show Rock & Roll Road Trip. Hagar on AXS TV.

In this interview, the Queen guitarist spoke to Sammy Hagar on his AXS TV show, Rock & Roll Road Trip, and confessed how important the role of the frontman in a band and the lyrical content of a song are to him.

He talked about his recording projects with the Red Rocker including his work with his compatriot Kerry Ellis and, more recently, with the London group, King’s Daughters.

The English musician then recalled his time crafting lyrics for the late Queen frontman, Freddie Mercury. According to May, the writer of Queen hits such as “We Will Rock You” and “Who Wants To Live For Ever” added that interaction with the public was a natural virtue of Freddie Mercury regardless of the stage or the show.

You can watch Brian May’s interview with Sammy Hagar below.