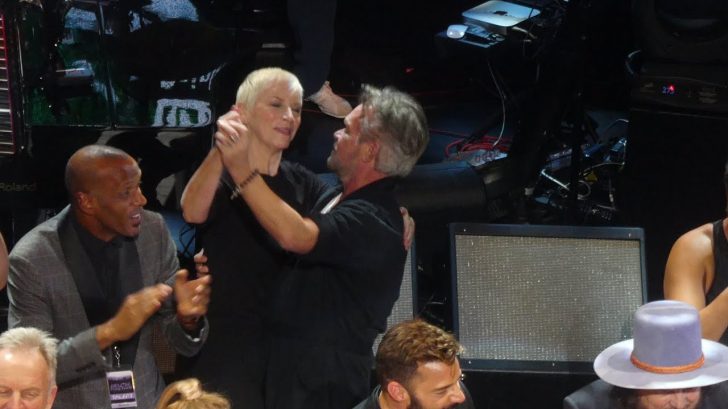 In the video below, Sting announces the song as the finale for the benefit concert:

“Let’s start with the Boss, Bruce Springsteen” …. give it up for Lady Gaga”… Lady Shirley Bassey …Debbie Harry ….Sting: “So I said to Bruce, I said “What do you wanna finish with?”…he said this song, I said “I don’t know that song,” he said. “Everyone in the country knows but you.”

The benefit show was hosted by Robert Downey, Jr.