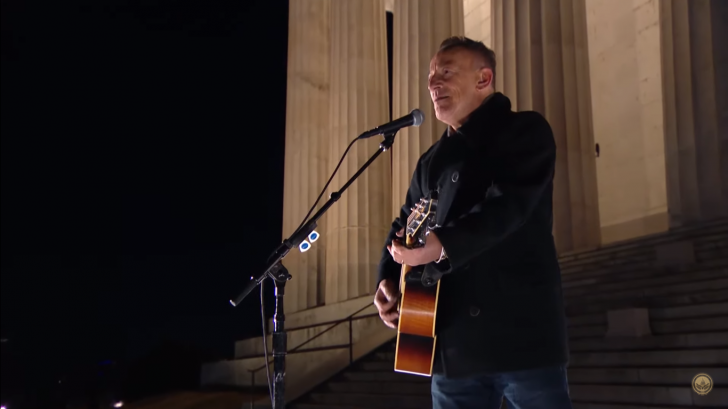 Under the title “Celebrating America”, the gala, broadcast by all the major networks in the country, embraced the American patriotism of the great occasions without complexes.

Hollywood and the entertainment world of the United States rolled out the red carpet on Wednesday to give their blessing to the new president of the country, Joe Biden, with a spectacular television gala that had a Latin flavor and where there was no trace of the already ex-president Donald Trump.

Confrontations, fights, and reproaches. That is the sour summary of the relationship between the music and film industry in the US with Trump in the last four years.

But today they turned the page and chose to look to the future with hope from the hand of Joe Biden as President and Kamala Harris as Vice President, whom they supported during the electoral campaign with a practically seamless closing of ranks.

Bruce Springsteen was in charge of uncorking the evening from the Lincoln Memorial in the heart of the country’s capital.