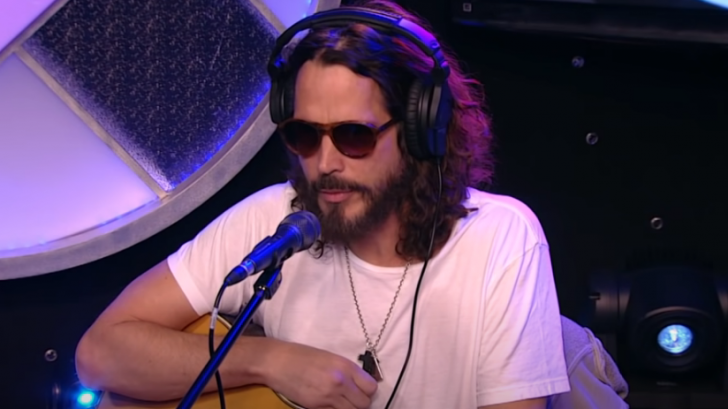 It’s been for years since the tragic death of the legendary Soundgarden frontman Chris Cornell who, for unknown reasons, took his own life. He continues to amaze us with his performance including his covers, such as the iconic “Thank You” by Led Zeppelin.

The cover was released by The Howard Stern Show on YouTube where Chris Cornell performed the Led Zeppelin song live at their studio.

He appeared on the show way back in 2011 and performed an acoustic rendition of “Thank You. Chris also talks briefly about why he chose the song, before performing and showcasing his killer vocals.

Singer, guitarist, and songwriter, the musician, who died at the age of 52, was one of the main protagonists of grunge alongside Kurt Cobain from Nirvana and Eddie Vedder from Pearl Jam. Grunge may have been the last great revolution that rock produced. Kurt Cobain (Nirvana) was the lost soul; Eddie Vedder (Pearl Jam), the great motor of the movement that knew how to reinvent itself over the years, and Cornell, that voice that could reach the climax in seconds. Calm and temporary in one body. Damn poets all three.

Keep going for the incredible classic song cover below: