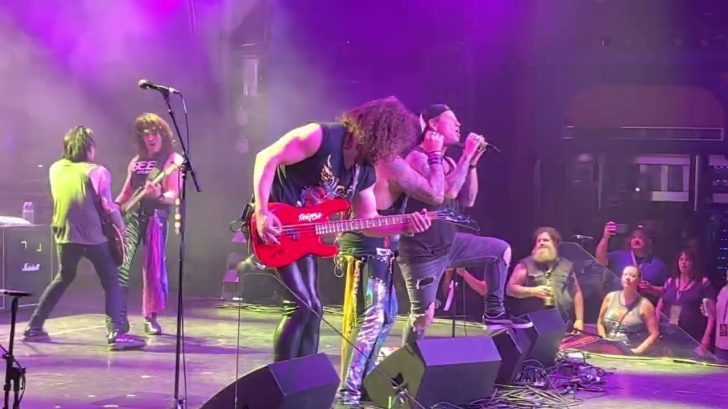 A handful of famous bands and artists have come together to record a tribute album to Ronnie Rames Dio, one of the most charismatic and admired singers in rock history thanks to his career with Rainbow, Black Sabbath, and his solo project, Dio. The album is called This is Your Life and on it, we find groups like Metallica, Scorpions, Motörhead, Saxon, or Judas Priest performing versions of songs that Ronnie sang at the time.

Check out the clip below with STEEL PANTHER on stage with Corey Taylor ( Slipknot, Stone Sour) and Christian Martucci ( Stone Sour, Corey Taylor ) covering Dio’s “ Rainbow In The Dark ” on January 25 at Carnival Breeze.

Corey Taylor and Steel Panther dominated the ShipRocked stage when they sang “Rainbow in the Dark,” a Ronnie James Dio classic.