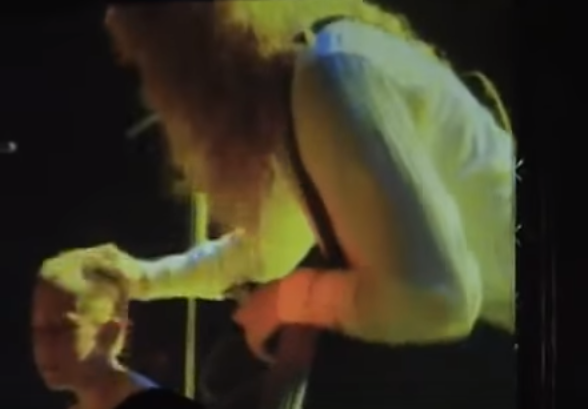 What Is Dave Mustaine Known For?

He’s very technical and has mastery over creating incredible riffs. He’s definitely not the one you can say a good singer, but he’s the only one capable of singing Megadeth tunes, which makes him great at some point, as he can purposely induce a raw, raspy feel to his songs. Meaning that there’s no anyone else’s style of vocals can fit into Megadeth.

Metallica fans, who don’t listen to any other metal bands, despises Megadeth, especially Dave Mustaine because he had a feud with Metallica in their early days.

Dave is genuinely good at (and most of who knows him would agree) Riffs, solos and especially songwriting.

Most of his songs are politics and war-centric theme, and his recent album does justice to that and finally got him to win a Grammy.

Dave Mustaine is known for many things when it comes to music, guitar playing, and sometimes rudeness, but he’s actually a NICE GUY.

If you are used in disliking Mustaine for being too arrogant & egoist at interviews, the video below will definitely change your mind as he saves a 7-year old kid from the pit. The pit was pretty violent during that show at “Tweeter Center” Chicago, IL August 12, 2005, and the little kid had no idea why he was there. And whoever had the idea of taking him to that show must have thought they were doing the cool thing. Thankfully, Dave Mustaine, was there to save the day because it could have turned out very bad.

You will, without a doubt, like this guy because he’s absolutely intelligent and decent human being.

The kid was very lucky that Dave saw him, and was saved by him.

A situation which shows him that he was very cool and shows you that he is actually a nice guy.