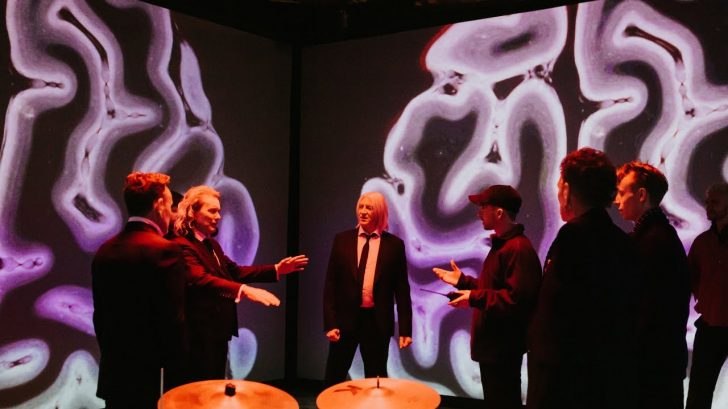 Def Leppard’s misfortunes over the last four decades would have killed out many smaller acts, but they’re back in the spotlight today. Diamond Star Halos, Def Leppard’s 12th studio album, is a glittering compilation that indicates there’s still energy in these old lads.

Def Leppard takes viewers behind the scenes of the filming of a video for “Fire It Up,” a single from the album “Diamond Star Halos.”

The song was recorded as the third single from the band’s newly released twelfth studio album, after “Kick” and “Take What You Want.”

The record is the band’s first full studio album after their self-titled debut in 2015.

Def Leppard is now on a North American stadium tour with Motley Crue, which will conclude in Las Vegas, NV in early September.