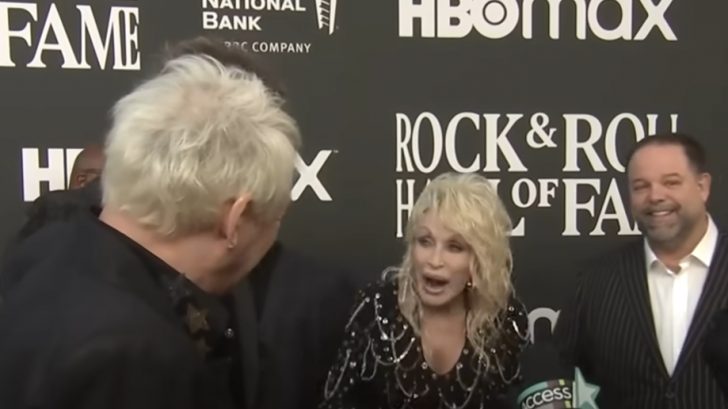 Numerous illustrious musical performances converged on the Microsoft Theater stage in Los Angeles for the 37th Rock & Roll Hall of Fame Induction Ceremony, as well as on the red carpet outside the building.

The country music legend offered her support for fellow inductee Duran Duran at the latter venue.

Simon Le Bon, John Taylor, Roger Taylor, and Nick Rhodes paused for a chat with “Access” just prior to the start of the Nov. 5 celebrations, but as footage from their encounter demonstrates, they scarcely had a chance to start talking when Parton interrupted.

“I’m so excited to be here with all (of you),” she told the pioneers of the new wave. Eventually, after learning she had accidentally interrupted, she added, “Go ahead! I didn’t mean to horn in on you.”

However, bassist John Taylor fervently pushed her to stay.

“You horn on in!” They all nodded as he stated this.

Given how appreciative the boys appeared to be of Parton’s presence, it was clear that they admired one another. Especially considering that it appeared for a brief period of time that the 76-year-old might not be attending the Rock & Roll Hall of Fame event after all.

Parton turned down her nomination back in March, stating that she didn’t think she had “earned that right” to go down in rock history. She changed her mind, nevertheless, when she discovered that the institution also accepts avant-garde acts that have influenced rock musicians.