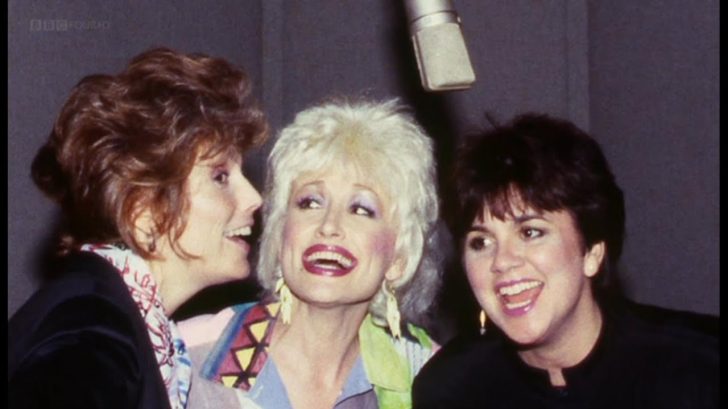 Dolly Parton, Linda Ronstadt, and Emmylou Harris recorded two albums together in the late eighties and early nineties, “Trio” in 1987 and “Trio II” in 1999, those two albums have been remastered along with a third with unreleased recordings and alternate takes during those years and were released on September 2016 under the title of “The Complete Trio Collection”, produced by Emmylou Harris.

Between the three of them they have sold more than 200 million records, Dolly Parton, Linda Ronstadt, and Emmylou Harris have three unprecedented careers in the history of music, and it was not surprising that when recording those two albums, they managed to sell more than five million copies. and win three Grammy Awards.

Let us remember that this project was hatched in 1970 to begin the recording of “Trio”, but due to different circumstances, it never materialized until the end of the eighties. “Trio” won two Grammy Awards, was on the sales chart for five consecutive weeks. On his second album “Trio II”, the same, number one on the charts, he obtained a million copies and two of his songs, versions of Carter family in “Lover’s Return” and Neil Young’s “After The Gold Rush” became to this album one of the best of the year, obtaining a Grammy award that year.