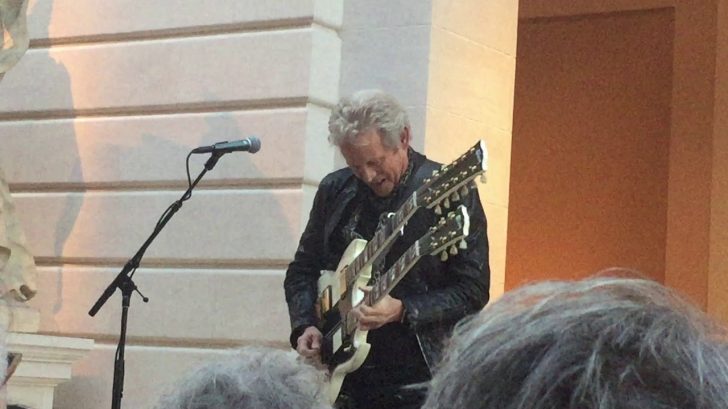 Despite being a rockstar himself, Don Felder was starstruck when he met with Jimmy Page for the first time. Felder and Page, a founding member of Led Zeppelin and an elder representative among today’s guitar legends, appeared at the “Play It Loud’’ display at the Met Museum of Art in NYC.

The display is the first significant exhibition in an art museum devoted solely to the iconic instruments of rock – from 1939 to 2017. More than 130 instruments are on exhibit, including double-neck guitars that are most connected with Felder on “Hotel California’’ and Page on “Stairway to Heaven.’’ Interestingly, all is a Gibson model EDS-1275.

“I told (Page), ‘You are an absolute living guitar legend,’’’ said Felder, who played a concert earlier this month at Seminole Casino Coconut Creek. ‘“It might be a toss-up between you and Eric Clapton, but I’ll give you the nod.’’’

“I was by myself. No band, no tracks. Just me playing in front of Jimmy. My heart was racing and my hands were shaking. I was praying I wouldn’t screw it up.’’