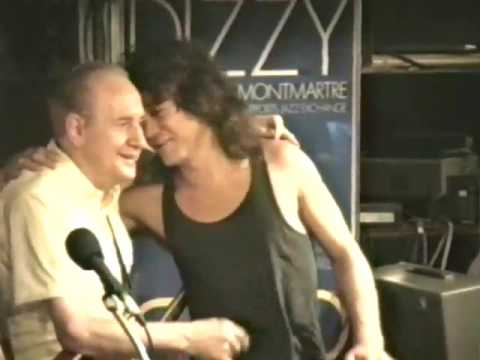 Eddie Van Halen played at the Les Paul & Friends memorial event in 1988. Jan Hammer, Levin, and Jerry Marotta accompanied him. They completely brought the house down!

On August 18, 1988, the concert was televised live at the Brooklyn Academy of Music on the Cinemax network. This homage was later published on VHS as “Les Paul And Friends,” which you should see below.

When Eddie Van Halen praised Les for everything he had contributed to modern music, he said something like this. “Without the things that you have done, I couldn’t do HALF of the things I can do now,” Mr. Paul said, interrupting, “Well, forget your married life…” Mr. Paul had such a fun personality.

EVH delivered a wonderful unaccompanied solo that began with sound effects and progressed into “Cathedral” – which, obviously, he couldn’t do without – and a sophisticated gadget for a similar pedal, which regrettably provided the framework for.