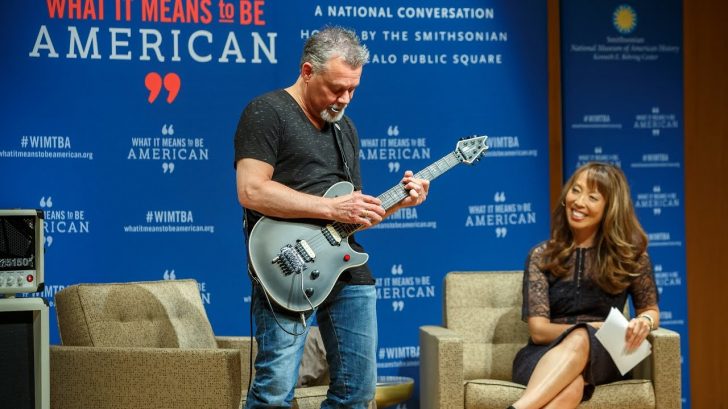 Eddie Van Halen, the last god of the guitar, who in the 70s popularized a novel language for the six strings that became the new standard.

Eddie Van Halen, who died of cancer at the age of 65, effectively owed little to Chuck Berry and to that rock with both feet on the blues of Jimi Hendrix, Eric Clapton, or Jimmy Page, to name other guitar gods with the that is usually faced. What he was doing was so radically new in 1978, the year of his band’s debut Van Halen, that it seemed like a second foundation of the genre. Of course, from time to time Eddie and David Lee Roth, the band’s wild frontman, would take a look at the dawn of the rock genre – they did covers of The Kinks and also Roy Orbison – but they interpreted them with all the daring of someone. wants to have fun for a while at the expense of an attractive theme rather than a sincere love letter or a tribute to the past.

Eddie Van Halen, born in Amsterdam in 1955, was a restless spirit who never stopped trying new ways of expression, even after Van Halen fell into oblivion for new generations. They were gods in the seventies and eighties and until the beginning of the nineties.

Those who will never be able to forget him will be the entire generation of kids, now established rockers, who went to the store to buy their first guitar after hearing him play. Eddie was a tireless renovator. And each step of his managed to found a school or inaugurate a trend among his colleagues.

Watch him below as he talks about being an American Rocker And Rock Reinvention: