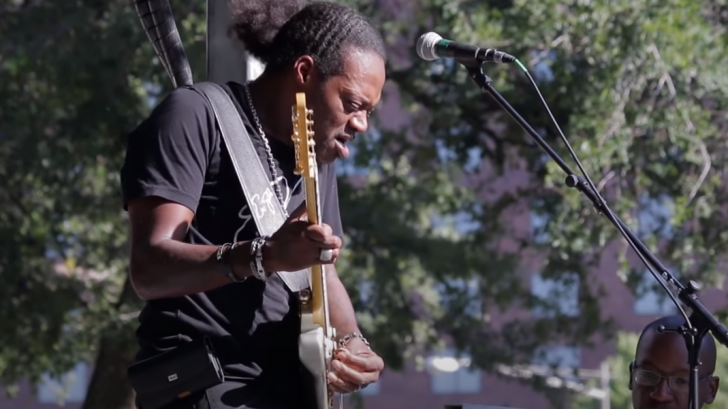 Anyone who has seen Eric Gales perform live will concur that he well merits his newly acquired position as blues-rock king.

His guitar arsenal, however, goes well beyond these genres, including elements of jazz, funk, soul, and gospel into what he refers to as his “upside-down and backwards” guitar technique.

Gales, a native of Memphis, has been fusing the influences of Jimi Hendrix and Albert King with the rhythmically complex sounds of classical and jazz music since 1991. She does this with a blend of emotional intensity and dazzling elegance. With astounding skill and cutting-edge musical audacity, Gales has revolutionized the blues guitar’s vocabulary.

The Eric Gales Band [1991], Gales’ Elektra Records debut, was released when he was barely 16 years old. It received immediate acclaim as a guitarists’ guitarist. His love for the guitar and unwavering commitment to maintaining the relevance of his music over the duration of 30 years and 18 albums has never wavered.

One of our favorite blues guitarists is Eric Gales. Gales is a must-see if he visits your neighborhood. His live performance is outstanding. He included the song Fur Elise as a bonus in this medley of legendary rock hits. That is perfect! Keep going for the video below: