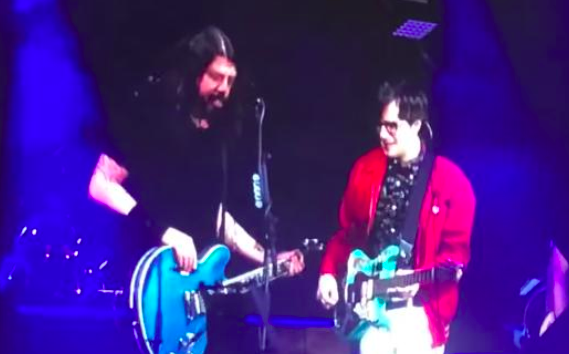 Both the Foo Fighters and Weezer were on tour across Australia and New Zealand together. During their stop in Melbourne, Dave Grohl shouted for Rivers to come join them on stage saying, “Are you ready Rivers?”, to which the Weezer singer replied “I’m ready to rock!”. And rock they did indeed with Grohl on guitar accompanying Cuomo on lead vocals.

Grohl told the crowd of their tour, “To us, it’s kind of a reunion”. He wanted to do “something f—-ing special” for their Australian fans.

Weezer tweeted after the show that the moment had “absurd amounts of rock” and that it was “more rock than can be comprehended.”

Absurd amounts of rock. More rock than can be comprehended. @foofighters #karlscorner pic.twitter.com/7JTCCZcLDe

Watch it happen below at the Etihad Stadium in Melbourne, Australia: