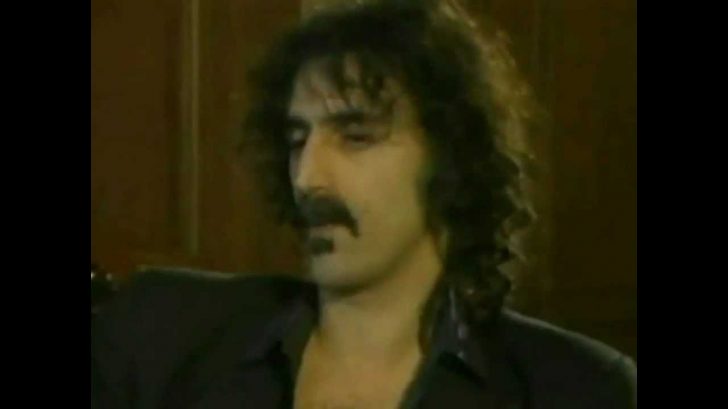 In 1979, Andy Warhol got his own television show on the Manhattan Cable channel. The show ran for 42 episodes and landed the artist in television infamy as it proved that the Pittsburgh, Pennsylvania native was far from possessing the lovable talk show host character audiences are so used to.

In 1983, the show featured Frank Zappa as a guest and, as was often the case, Warhol was accompanied by Richard Berlin, who played a vital role in the interview with the musician, as he acted as a sort of go-between between the rock legend. progressive and pop artist.

The interview took place in the boardroom of The Factory, Warhol’s studio in New York City, and the video shows Berlin doing all the heavy lifting while Frank and Andy just exchange glances. But perhaps the most important point would be that the two operate on completely different spectra: while at that time in the eighties, Andy still managed to wander around NYC with a sense of wonder, Frank was beginning to find doses of negativity in everything he saw, read, heard or ate, which can be clearly seen in the interview.