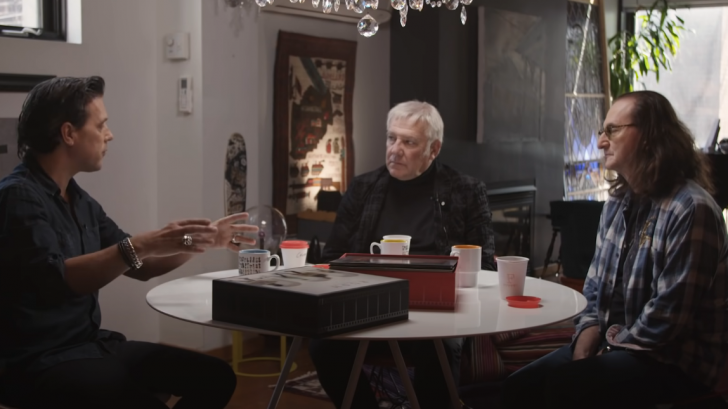 Rush’s Geddy Lee and Alex Lifeson sat down for an interview on The Strombo Show in Toronto for House Of Strombo.

This was a difficult interview to finish. You’ll be grateful to these gentlemen for opening up and inviting us into their world like that.

In this interview, guitarist Alex Lifeson and bassist/vocalist Geddy Lee discuss the group’s early years, including their days at school and early musical explorations, the challenge to make it, the tough beginning of the Rush debut album, the tough choice to fire former drummer John Rutsey, and how Neil Peart – drummer and songwriter – finalized the classic Rush line-up that existed until his death on 2020.

When Rush’s drummer, Neil Peart, died of Glioblastoma, a type of brain cancer, it was a heartbreaking time for rock lovers. It’s a huge loss for the music, his fans, and particularly his family and close friends, as Peart was one of the best drummers in music history.