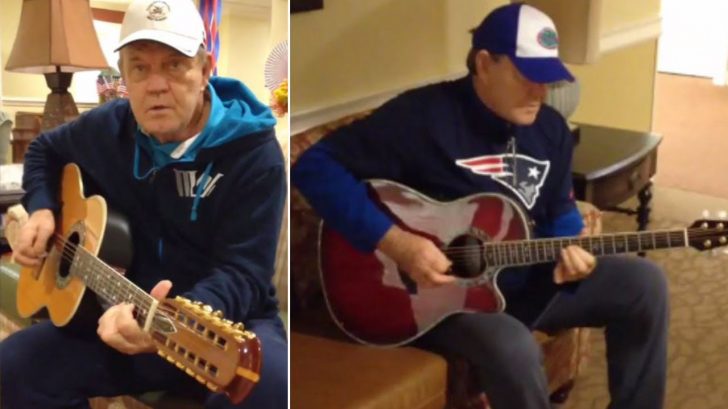 Glen Campbell, or Glen Travis Campbell, (born April 22, 1936, in Billstown, Arkansas, USA, died August 8, 2017, in Nashville, Tennessee), affected by Alzheimer’s disease, he gave the last performance of his “Ghost on Canvas” tour when he was in the early stages of the disease, which he announced in 2011. His last performance was in Napa, California on 30 November 2012.

Timp Plumley, his publicist, said the artist died at the Nashville health care facility, where he had resided since 2014.

The son of a farmer, Campbell was born in Billstown, Arkansas and at age 25 achieved his first single on Billboard magazine’s “Hot 100” chart with “Turna round, look at me”. In the first two decades of his career, he became one of the most legendary and renowned vocalists, guitarists, and songwriters in the field of country music.

Campbell was considered a prodigy in the execution of the guitar and as a singer, he cultivated a clean image that was not in harmony with his personal life, which throughout his artistic career proved to be rather stormy and not very stable.

In 2011, six months after his diagnosis, Campbell announced that he suffered from Alzheimer’s disease and began what he shortly after called his “Farewell Tour.” In 2015, he won his sixth and final Grammy Award, awarded for best country song “I’m Not Going To Lose You,” which he co-wrote for a documentary about his life and health.

During his six-decade career, Campbell recorded dozens of albums, sold more than 40 million records, and was inducted into the Country Music Hall of Fame.

On June 9, 2017, Campbell’s latest and final album was released. Titled “Adiós”, the digital full length includes twelve songs from his last recording sessions made between 2012-13.

Watch  Glen Campbell play guitar during his final days at an Alzheimer’s Facility in the video below: