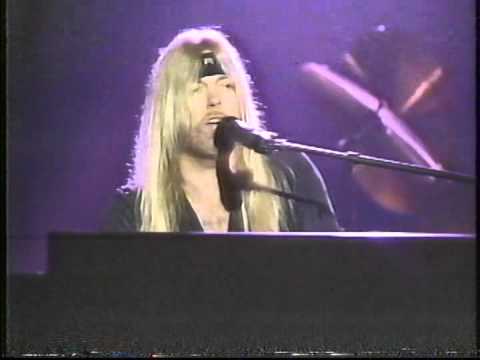 Rock and blues singer, organist, and guitarist Gregg Allman was one of the founding members along with his brother Duane of the legendary southern rock band Allman Brothers Band.

Gregg was responsible for classic themes of the band like ‘Whipping Post ‘,’ Black-Hearted Woman ‘,’ Midnight Rider ‘,’ Melissa ‘, and’ Ain’t Wastin Time No More ‘. After the death of his brother Duane in 1971, Gregg started a solo career that has been developed alternating with his work at the Allman Brothers and taking advantage of times of inactivity of the band.

His only commercial success what obtained in 1986 with the song ‘I’m No Angel’, contained in the album of the same title. Watch Gregg Allman Deliver A Gold Performance Of ‘I’m No Angel.’

With The Allman Brothers published in 2003 his first album study in almost ten years, ‘Hittin the Note’ and as a solo artist published in 2011 ‘Low Country Blues’, a disc with versions of themes by Junior Wells, Skip James, Muddy Waters, and Bobby Bland, among others. Despite certain health problems (had a liver transplant in 2010), Gregg continued touring with both the Allman Brothers Band and his own band Gregg Allman & Friends. In the month of August 2015 his live album ‘Live: Back to Macon, GA ‘. In October 2014 the Allman Brothers held their last performance before ending the band. Gregg continued performing with his band and in January 2017 his last album: ‘Southern Blood’. He died five months later at 69 years old.