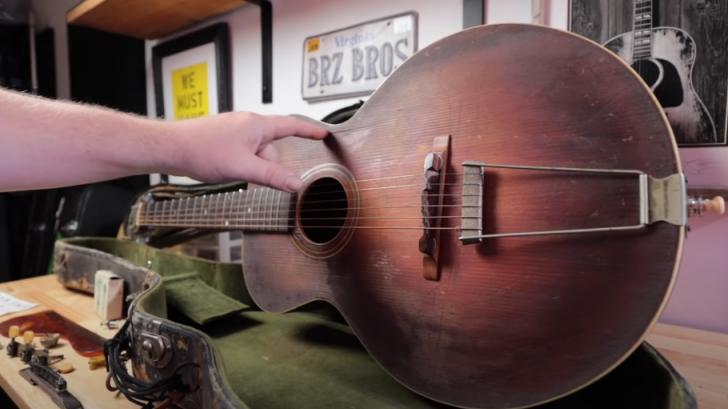 When talking about the best acoustic guitars, the name “Gibson” springs to mind. Gibson has become synonymous with quality guitars, both acoustic and electric. Every guitarist wants to own a Gibson guitar, if only for bragging rights.

Founder Orville Gibson began making mandolins in the 1890s. These instruments were distinctively made with a characteristic arched body that Orville patented in 1898. The Gibson Mandolin-Guitar Mfg, Co was established in 1902. This allowed Gibson not only to manufacture their instruments but also to market them. Between 1974 and 1984, guitar production moved from Kalamazoo to Nashville, Tennessee. Then, in 1986, the company was purchased by a group of three men: Henry E. Juszkiewicz, David H. Berryman, and Gary A. Zebrowski.

Gibson Guitar’s survival is directly attributed to the new ownership. The new owners opened new plants to produce guitars in Memphis, Tennessee, and Bozeman, Montana. The Bozeman plant focuses on acoustic guitar lines. The Gibson guitar company is also responsible for the Epiphone, Tobias, Kramer, Valley Arts, Kalamazoo, and Steinberger guitar names. Any of them could be called the best acoustic guitar, as they all carry the Gibson brand quality.

Gibson has a large number of acoustic guitar models available. From the L-4 series produced between 1913 and 1957 to the Super 200 cutaway custom, every instrument made is excellent. Gibson guitars are played by many famous guitarists in all genres of music. From the research I’ve done, it appears that most of Gibson’s early models were designed to compete with Martin’s line of acoustics.

YouTuber @Jeremy Sheppard tried to restore a 108-year-old Gibson acoustic guitar in the video below. The instrument is so ancient that it would have been regarded as vintage when Les Pauls were first released.