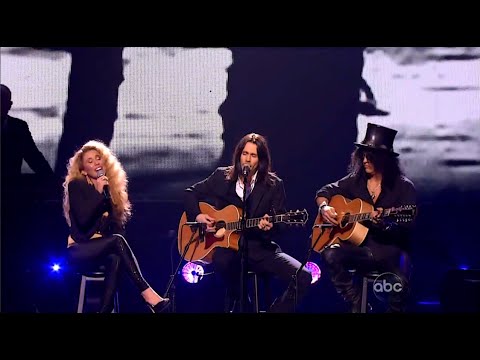 What results from a performance combining Haley Reinhart, Myles Kennedy, and Slash? An excellent team effort and an original take on a song that is commonly covered.

One of the best covers of the classic Rolling Stones song “Wild Horses” we’ve heard is by the trio.

Along with Reinhart, several other well-known musicians have performed the song, including Guns N Roses, Dave Matthews, The Black Crowes, Elvis Costello, Chris Cornell, and many more.

Together, Myles and Haley perform a fantastic job of harmonizing, while Slash also contributes some fantastic accompaniment. We’re eager to know what you think of the video!