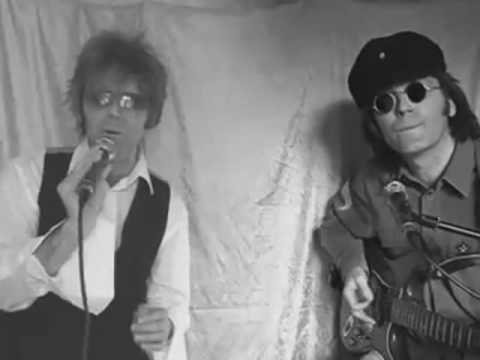 David Bowie and John Lennon were without a doubt the two most iconic names in music history.

Lennon and Bowie forged a great friendship and they did collaborate as well where Bowie called Lennon to invite him to play a cover of Across the Universe; After the recording, they began to improvise and Fame emerged.

After their first meeting, the pair got together for a studio session, and a year later, the ex-Beatle helped record one of Bowie’s great songs, a track from the artist’s ninth studio album, Young Americans (1975), according to information from Express UK. Along with musician Carlos Alomar, Lennon wrote “Fame,” a song that would top the Billboard Hot 100 on September 20 of that year.

In the video below, it’s no surprise that someone would do a David Bowie and John Lennon impersonation – and they did a good job as well, the one playing Bowie may not look exactly like him but he did a great job displaying all sorts of mannerisms that Bowie did. While the one doing John Lennon, looks exactly like him.