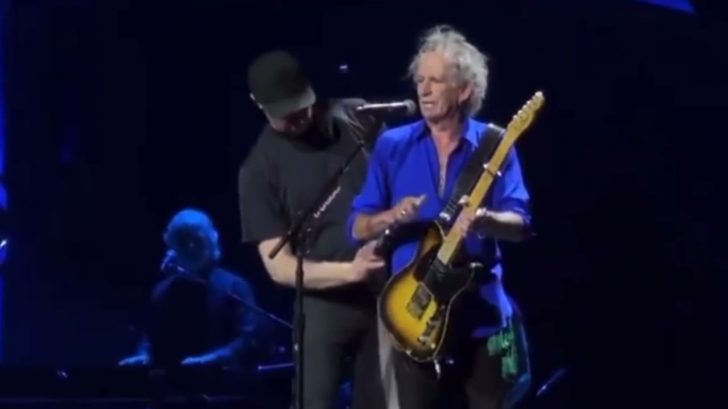 Only Keith Richards Can Pull This Off

“Happy” is included in the album Exile on Main St. and this is one of their songs that features Keith Richards on lead vocals. This song did fairly well in the charts as it entered the Billboard Charts to at number 69 and eventually number 22 in 1972. You should be more amazed at those facts as this single was conceived in only an afternoon. According to Keith, “We did that in an afternoon, in only four hours, cut and done. At noon it had never existed. At four o’clock it was on tape.” An afternoon song that hit the charts is telling at how natural talent and musical experience is poured into this song.

Keith Richards was the main man behind the song. Aside from doing the lead vocals, Keith also recorded the guitar and bass in the studio. So it’s quite funny when we found this video of Keith unintentionally screwing up the intro to “Happy.” With his smile and just confidence, fans didn’t mind that he even forgot the lyrics. Everyone was just having fun. Watch the hilarious moment below: