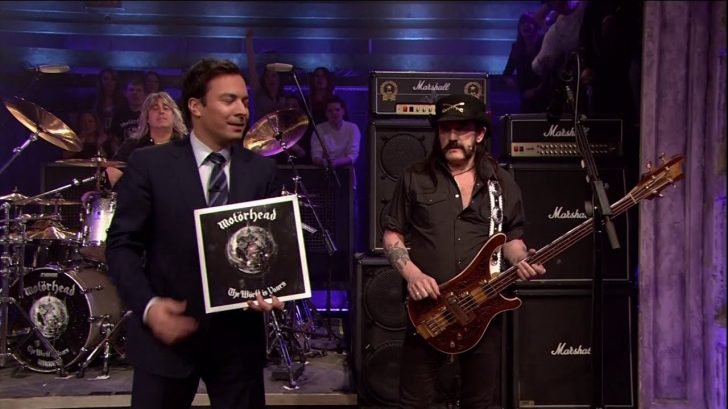 Even with the original three members of Motörhead dead, Lemmy’s group continues to increase the shock wave of their transcendence.

In the Late Night with Jimmy Fallon episode (2011), Motorhead performed”Ace of Spades”, a highlight and title track of their 1980 album, “Ace of Spades,” giving all they’ve got like there’s no tomorrow. Lemmy knows very well what show business is all about.

There aren’t many bands in the contemporary music scene that are so sure about the goal they are aiming for. Even AC/DC has attempted to redefine its work in the past. In the case of Ian Kilmister with Motorhead, changes were not needed and since the death of Frank Zappa, he remains the last truly charismatic figure in the world of music until his death in 2015.

Rock’n’Roll is Lemmy and Lemmy is Rock’n’Roll and this fact does not need to be proven – you can just keep going and watch the video below: