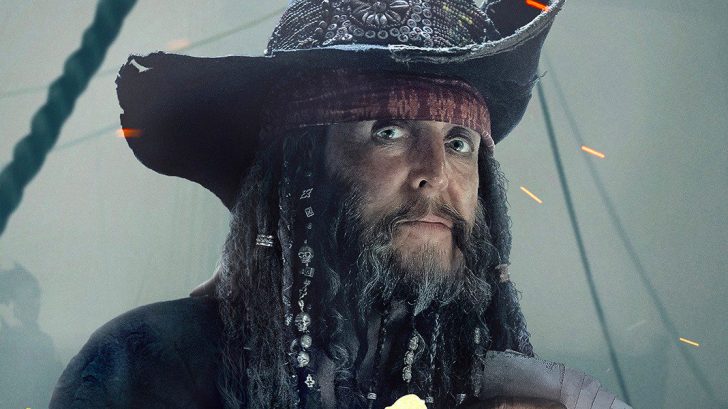 Forget About The Yellow Submarine!

How did Johhny Depp manage to recruit Paul McCarney into the world of Piracy and join Pirates Of The Caribbean franchise?

Well, it turns out after Keith Richards dropped out as Jack Sparrow’s father in At World’s End and On Stranger Tides, — Dead Men Tell No Tales marks the first rock n’ roll cameo by a Beatle member — with the help from Johnny Depp, of course.

“Paul McCartney is an icon. He’s one of the greatest musicians and performers alive,” says producer Jerry Bruckheimer. “And we’re very fortunate that he’s friends with Johnny. Johnny has done favors for him and he’s returned a favor by being in this movie.”

“I’ve known Johnny a while. I’ve always admired him as Jack Sparrow,” says McCartney “And he said, ‘You know, I’d love you to be in the next one.’ What, me, a pirate? And he says, ‘Yeah, you can do it and have a lot of fun.’ So he wrote me in.”

“Paul McCartney was a dream to work with,” says Joachim Rønning, one of the film’s directors. “Jack Sparrow’s family tree is pretty cool having Keith Richards as his dad and Paul McCartney as his uncle.”

You got that right: Sir Paul McCartney had a role in the latest Pirates film. He plays Uncle Jack, a pirate relative of Capt. Jack Sparrow, and where he got his name from. Though it was just a light role, it was the biggest cameo of the film, and some fans didn’t even notice that it was him behind those make-ups. The two are reunited in a dungeon where Jack Sparrow is captured and brought while his Uncle Jack was already a prisoner in a cell. “Uncle Jack!” says Depp, when he hears him singing an old song “Maggie Mae.” “Jackie Boy! How’s it going?” answers McCartney. “I can’t complain really,” says Depp. McCartney answers, “I’ve been waiting all morning for a beating but the service is terrible.”

Please check the video below: