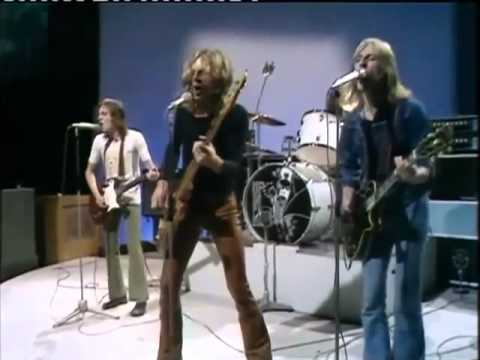 Few people remember Steve Marriott today, if you ask about him almost few will know who he is, even though they have almost certainly heard his voice at some point. There is no doubt, however, that he is one of the best vocalists in the history of British Rock, and his enormous musical talent is beyond debate, but for the general public he has remained an anonymous voice.

“Honky Tonk Women” was written by Mick Jagger and Keith Richards, rocketed to the top of the charts around the world for weeks, released in the album The Rolling Stones in Mono. The album features both Mick Taylor and Brian Jones.

A hardened version of “Honky Tonk Women” by the Stones was covered by Humble Pie that lead to their field impeccably. Once again, another proof of the enormous potential of this live line-up with Marriott at the helm. With such a demonstration it is impossible to put a single but and remain indifferent.

In short, the cover sounds like glory, direct in the vein, hard-blues, rock’n’roll, soul-funk, R&B, or whatever you feel like it. When there is quality, genius, savoir-faire and an out of the ordinary like Marriott who leaves his soul in each stanza, nothing can go wrong and that is what we have in this version that few take into account when talking about Humble Pie.